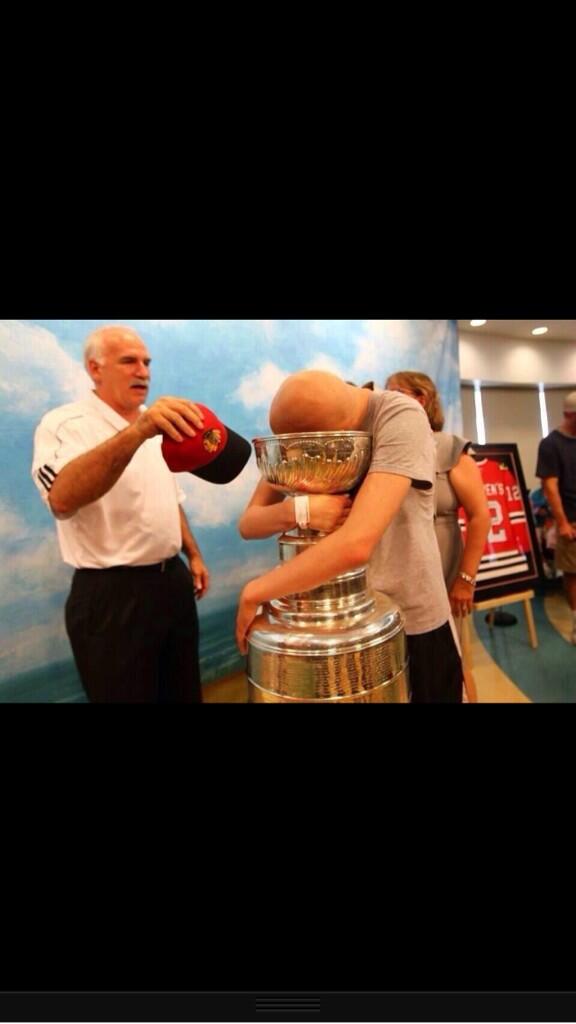 (CBS) The Stanley Cup will undoubtably make its rounds through the city of Chicago this summer.

Through bars, restaurants, players’ homes – the Cup will indeed be busy as the Blackhawks continue the celebration of their second Stanley Cup Final victory in four seasons.

But today, the Cup made arguably its most important stop of the offseason – at the Ann & Robert H. Lurie Children’s Hospital of Chicago.