(CBS) — A lot of police officers go above and beyond, but few have gone further than Denver Police officers Monique Sedberry and Alicia Martinez. Last year, they got a call to check on the welfare of a visually impaired 15-year-old boy named Victor Jiron. Victor was used to being bullied, but when somebody poured hot glue on his arm, he decided that was the final straw.

“This was one of the tougher calls for us,” said Monique. “His teacher had called 911, saying that he was being bullied and he wanted to end his life.”

Every year in America, more than 2,000 teenagers commit suicide. Victor, however, isn’t part of that statistic thanks to those two police officers who didn’t see him as just another call, but rather as part of their calling.

“He got to my heart. He really got to me,” Monique said. 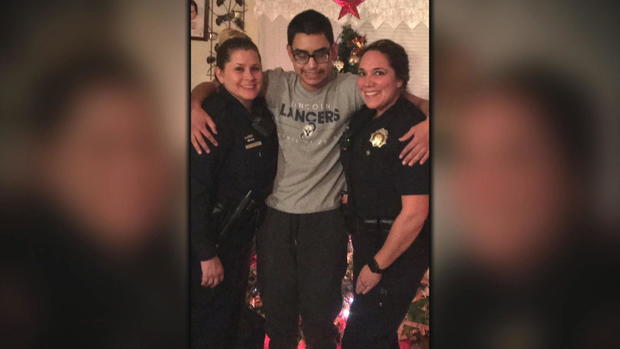 After they took Victor to the hospital for psychiatric treatment, the two officers made a promise to do everything they could make sure this kid had good friends — which to them meant becoming his good friends.

Today they talk all the time and even go with him to karate classes and other events.

I asked Victor if it’s been helpful, since they’ve stayed in his life.

“Yeah, every time I wanted to talk to them, they would answer,” he replied.

Monique said he’s a different kid now, and his demeanor “is so much better.” 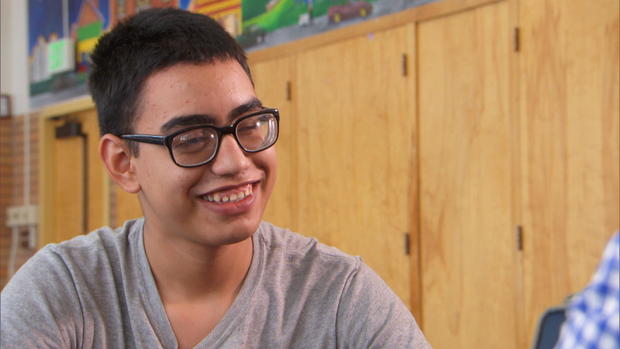 It also helps that he’s in a new school, away from the old bullies, and that he’s seeing more clearly thanks to a corneal transplant.

I asked if he can tell how handsome I am now.

“Well, I can tell you’re pretty old,” he joked.

Obviously, this kid is going to be just fine.