(CBS) — A jury in St. Louis has awarded nearly $4.7 billion in damages to a group of women who said Johnson & Johnson talc products caused them to develop ovarian cancer. But the company is still battling thousands of cases involving its baby powder.

Toni Roberts, 61, believes the company’s talcum powder products caused her ovarian cancer, and a jury in Missouri agreed. Attorneys argued the pharmaceutical company sold and potentially still sells talc products, like baby powder, contaminated with asbestos — a mineral found in talc that has been linked to lung cancer.

Roberts said she began using Johnson & Johnson powder products as a teen for feminine hygiene purposes and was diagnosed with cancer in 2014. 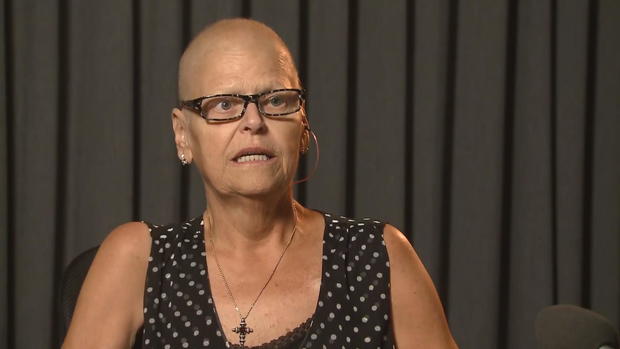 “I was surprised when I developed some indigestion and within a matter of a week or so I was told I had ovarian cancer,” she said.

But the science linking Johnson & Johnson’s products to cancer is mixed. The American Cancer Society said: “There is very little evidence at this time that any other forms of cancer are linked with consumer use of talcum powder.”

In a statement, Johnson & Johnson said it “remains confident that its products do not contain asbestos and do not cause ovarian cancer and intends to pursue all available appellate remedies.”

In some previous cases, the company has successfully appealed.

“Johnson & Johnson is very confident that this will get reduced by the judge or reversed on appeal,” said CBS News legal analyst Rikki Klieman.

Roberts said she may not live to see what happens next, since her cancer is now terminal.

Asbestos was found in the ovarian tissue of several of the women in this case. Nationwide, Johnson & Johnson is fighting around 9,000 other talc cases.