(CBS) — An Aeromexico airliner crashed after taking off in the northern state of Durango on Tuesday, a federal official confirmed. The governor of Durango said there were no deaths, but later he said they authorities are checking the burned-out hull of the plane to ensure that nobody was still inside.

An airline official confirmed there were 97 passengers and four crew members on board.  Gov. Jose Aispuro says 49 people have been hospitalized. He described a strange accident scene in which some passengers got out under their power, and some even wandered back to the airport to seek out relatives.

Israel Solano Mejia, director of the city’s civil defense agency, told Foro TV that the plane “made it off the ground, but fell nose-first” just a few hundred yards from the end of the runway.

“The nose took the hit. The most seriously injured is the pilot,” Solano Mejia said. However, he said, “the majority of passengers left (the plane) under their own power.”

The civil defense office of Durango state said the plane landed in a field near the airport for the state capital, also named Durango. The agency published photos of a smoking but seemingly relatively intact plane lying on its belly in a field. Lines of ambulances were waiting at the accident site. 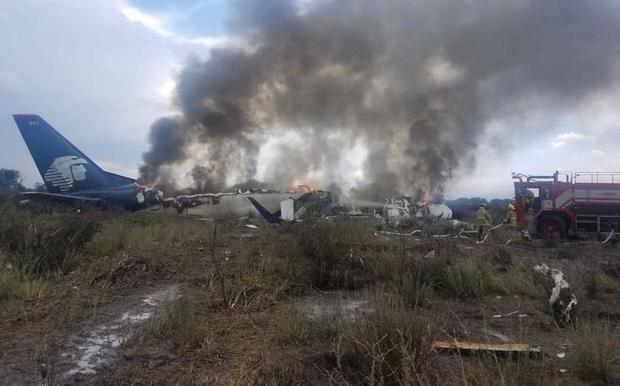 Gerardo Ruiz Eparza, head of Mexico’s Transport Department, said that “the plane fell upon takeoff.” The flight covers the route between Mexico City and Durango.

A reporter for the news outlet Milenio said some passengers had survived and walked to a highway to seek help. 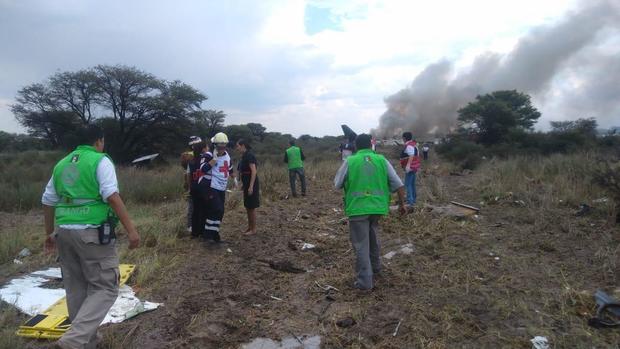