(CBS) — The strong economy has not turned the U.S. into a nation of savers.

While rising wages and falling unemployment in theory should allow more Americans to set aside money for a rainy day, an annual report from Bankrate.com released Wednesday finds that’s not the case.

Nearly a quarter, or 23 percent, of Americans said they have nothing set aside in a checking, savings or money market account, down from 24 percent in 2017, according to the Bankrate findings.

The poll of 1,006 people conducted in June found 22 percent of Americans had some money set aside, just not enough to cover their expenses for three months, a claim made by 18 percent, while 29 percent have enough to get by for six months, as many financial advisers suggest. 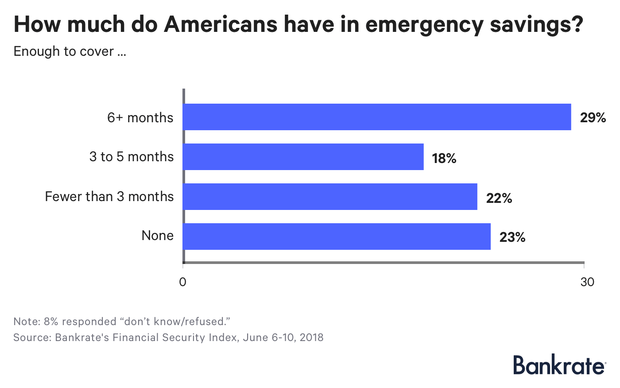 That said, not having any cash set aside doesn’t seem to be keeping many folks up at night, with a majority of those surveyed brushing aside any concerns.

“The goal should be to have enough emergency savings to cover six months’ expenses — and anything less than that should cause discomfort,” McBride said in a statement. “Many Americans are kidding themselves if they have less than three months’ worth of expenses in emergency savings and claim to have any level of comfort with that.” 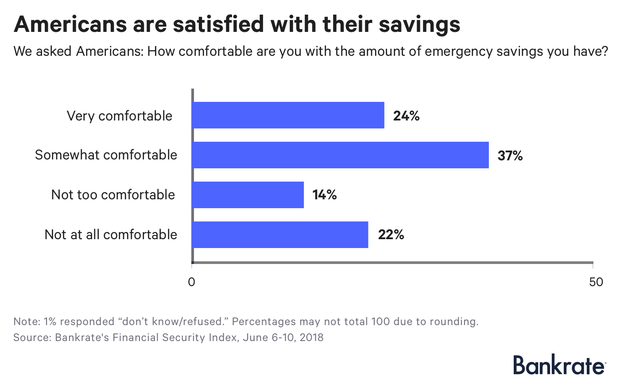