(CBS) — A heatwave in Switzerland has uncovered the wreckage debris of an American WWII plane that crash-landed in the Bernese Alps 72 years ago. The C-53 Skytrooper Dakota was traveling from Austria to Italy when it collided with the Gauli Glacier at an altitude of 10,990 feet on November 19, 1946.

Four crew members and eight passengers were on board during the crash. Several people were injured but there were no fatalities. Among the passengers were high-ranking U.S. service members traveling with relatives.

The crew and passengers were rescued six days later. They were forced to drink snow water and ration chocolate bars to survive, The New York Times reported in 1946.

In 2012, three young people discovered the plane’s propeller on the glacier. As the glacier continued to melt, the scene reportedly now looks like a field covered in plane debris. 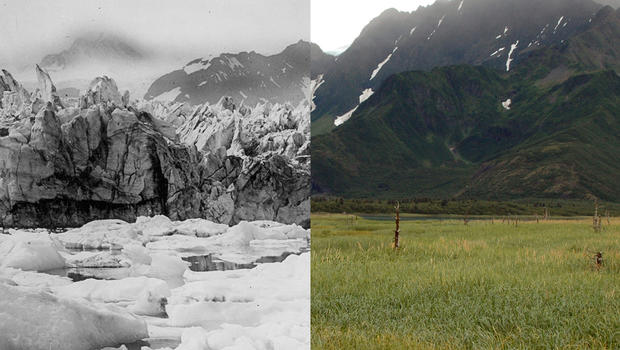