(CBS) — So-called “Magic Mushrooms” have played their part in America’s long, strange trip toward an understanding of mind-altering drugs. Illegal though most of these drugs may be, Faith Salie tells us recent research suggests some of them could have legitimate uses (Originally broadcast March 18, 2018):

Ayelet Waldman is no stranger to drugs.

“I’m not going to get them all. Lexapro, Wellbutrin …” 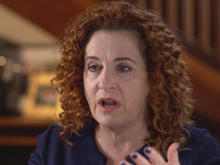 Diagnosed with a mood disorder, this author and mother of four had tried everything. “I was profoundly, profoundly depressed, suicidally depressed,” she said. “I had never been like that in my life.”

That’s when she turned to a drug that might blow your mind… “Kids, mommy’s gonna tell you all about the first time she tried acid!”

That’s right: LSD. In secret, Waldman actually began taking a miniscule amount every three days. It’s called microdosing, and it’s a controversial yet growing trend among the Silicon Valley crowd. But for her, she says, it worked. 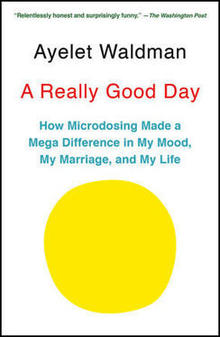 So productive, in fact, she wrote a book about her mind-altering experiment, “A Really Good Day.”

And most importantly, her suicidal thoughts disappeared.

But there was a catch: After a month, she ran out of the small supply she had gotten a hold of. And she stopped microdosing.

Why? “‘Cause it’s illegal,” Waldman said. “If it weren’t illegal, I would still be doing it.”

Taking LSD, even a tiny microdose of it, is still against the law, and potentially dangerous. But once upon a time, LSD and psychedelics like it were considered potential wonder drugs.

Throughout the 1940s, ’50s, and into the ’60s, scientists studied them to understand mental disorders like schizophrenia, and to treat anxiety, depression, even alcoholism.

But when the drugs left the labs and started hitting the streets, and Timothy Leary preached that people should “turn on, tune in and drop out,” the bad trips and even worse headlines that followed changed their reputation.

And then: the Controlled Substance Act led to a more than three decades-long ban on all psychedelic research.

Since 2003, however, the FDA has allowed for a few clinical trials of illegal hallucinogens – drugs like psilocybin, the psychedelic ingredient found in so-called “magic mushrooms.”

Trials are done in a safe, controlled setting, of course. Do not try this at home!

Dr. Tony Bossis, of New York University, showed Salie where his clinical trials occurred for psilocybin research at NYU. “This is the couch where people have the experience on,” he said. 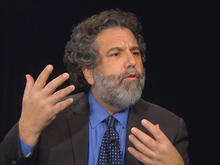 “This is a very special couch!” she laughed.

In 2016 Dr. Bossis, along with researchers at Johns Hopkins University, published their findings of what a one-time dose of psilocybin can do to treat anxiety and depression in cancer patients. It was eye-opening. “In this study, anxiety and depression reduced dramatically, immediately after the experience,” he said.

Dinah Bazer beat ovarian cancer back in 2010, but the fear of it returning convinced her to volunteer for the study. “I just wanted this terrible daily anxiety to go away,” she told Salie.

In that treatment room, she was given the psilocybin … and her life-changing trip began. 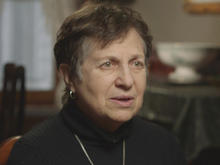 “I saw my fear,” she recalled. “And it was a black mass under my ribs. It wasn’t cancer; it was the fear itself. And it made me so mad. I was furious. And I screamed at it to get out. And, as soon as I did that, it was gone.”

When the drug wore off, the anxiety about her cancer returning was gone, and still is. What remains, she says, is the powerful memory of that symbolic experience.

Dr. Bossis said, “This medicine you take once, it’s out of their system in a few hours. But it generates a three- to four-hour, incredible transcendent experience. And it’s the memory of that experience that recalibrates how they view life and death and their existence, and give you very spiritual insights.”

If that all sounds a bit far-out, scans have shown psychedelics may increase connectivity among different regions of the brain — areas that normally don’t communicate with each other.

“Maybe it’s time to take a sober, careful, scientific look at these medicines,” Dr. Bossis said, “to revisit, are they helpful? Are they safe? Are they effective?”

With more clinical trials on the horizon, researchers hope to open more minds about the potential of psychedelic drugs, one trip at a time.