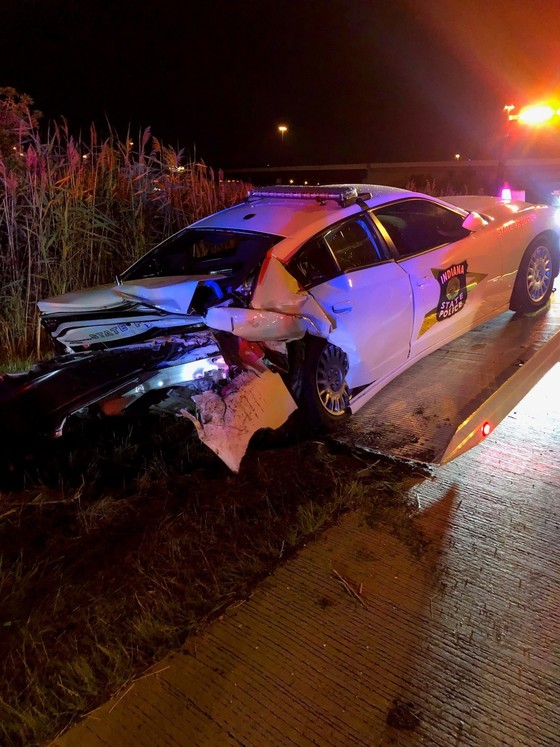 At 2:30am, Trooper Riley Hieb was parked on the inside shoulder and had his emergency lights fully activated. He was outside of his car investigating a previous crash when a blue 2009 Chrysler 300 traveling westbound drove onto the shoulder a rear ended the trooper’s parked car.

The impact was so great that it caused Trooper Hieb’s Dodge Charger to roll off of the roadway and into a grassy area nearby.

READ MORE: Chicago Seniors Give 'A Spoonful Of Hope' To Those In The Community Who Need Meals The driver of the Chrysler was identified as 42 year old Latresha C. Williamson. Her car engine caught fire and Williamson was in and out of consciousness. Troopers had to break the passenger window in order to help her out of the car, fearing that it would become fully engulfed.

MORE NEWS: Some Chicago Bars And Restaurants Are Beginning To Require Proof Of COVID-19 Vaccination This Week 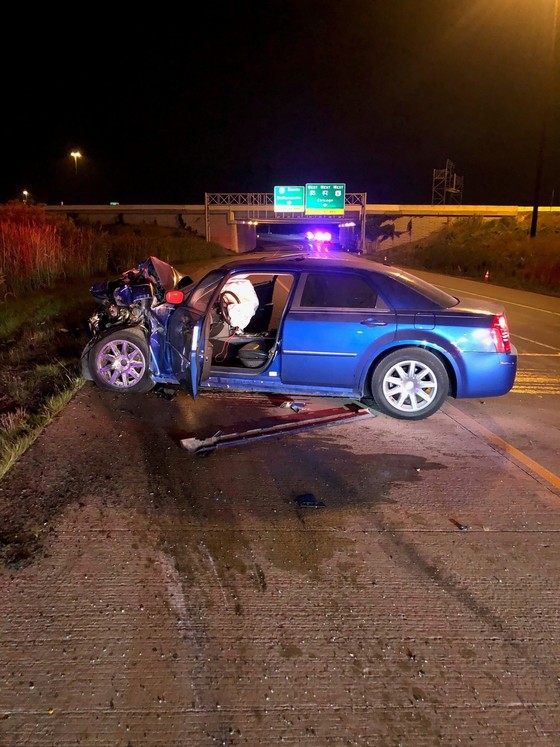 Williamson was transported to Southlake Methodist hospital and refused a chemical test for intoxication. It is believed that alcohol and/or drugs are a factor in this crash. The Lake County Prosecutor’s Office are pending formal charges.